The BAND OF PIRATES: BUCCANEER ISLAND movie was the first digital pirate movie ever shot. Also it was the first one shot in exotic Kauai, Hawaii. using locations never seen before. Recently released in widescreen for the Director’s Cut, with new HD footage.

Search for a missing explorer and his treasure leads to a swashbuckling adventure for Lydia and William Guthrie. 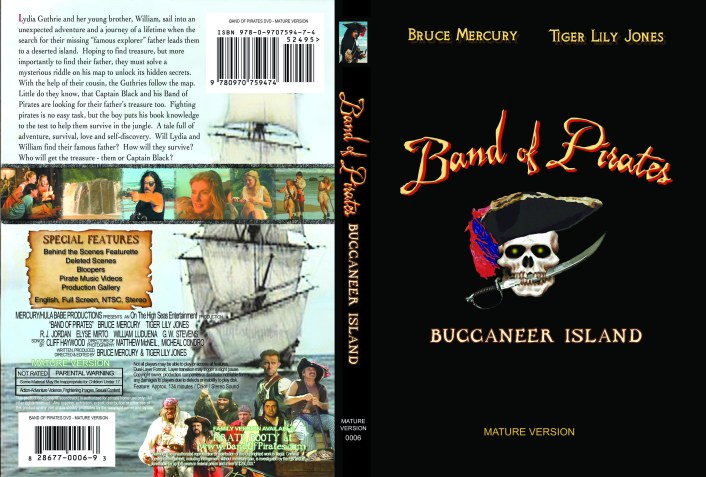 Bruce Mercury and the Band of Pirates band at Reverbnation